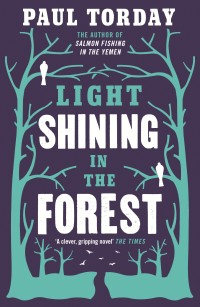 From the author of SALMON FISHING IN THE YEMEN, a dark tale about a failing politician and the search for two missing children. Includes Reading Group Notes. Norman Stokoe has just been appointed Children’s Czar by the new government. He sells his flat and moves up north to take up the position. However before his first salary cheque has even hit his bank account, new priorities are set for the government department for which he works. The Children’s Czar network is put on hold but it is too late to reverse the decision to employ Norman. So he is given a P.A. and a spacious office in a new business park on the banks of the Tyne. He settles down in his new leather chair behind his new desk, to wait for the green light to begin his mission. The green light never comes. What does happen is that two children go missing. As Children’s Czar, surely this case should fall within his remit, but Norman has built a career on doing nothing, on stamping pieces of paper with ‘send to the relevant department’. Now, faced with a campaigning journalist and a distraught mother, he is forced to become involved. The search will take him to dark places and will make him ask questions about the system he is supposed to uphold.